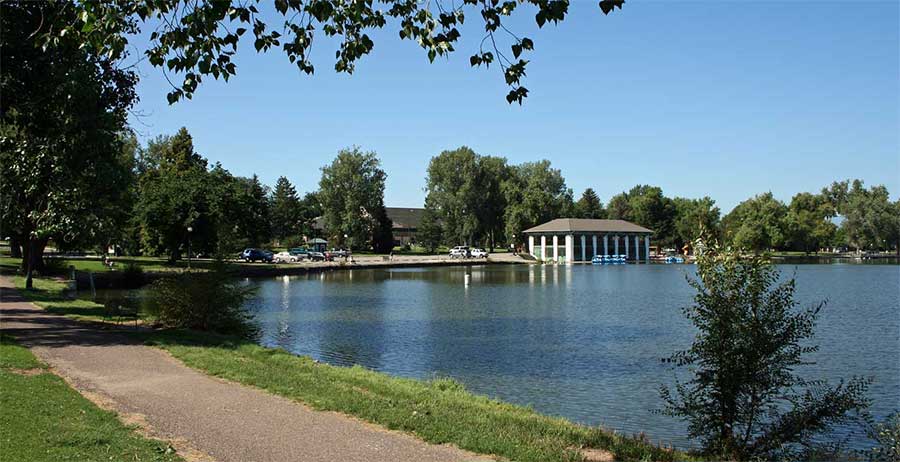 The City South neighborhoods are some of the most charming – and coveted by Denverites – in all the City. The Cherry Creek Shopping District, I-25 and the new light rail system, downtown Denver, Denver Country Club, and the commercial centers in Glendale, and Cherry Creek are all located nearby.

Belcaro is bordered by Cherry Creek Drive South to the North, Mississippi Avenue to the South, South Steele Street to the East, and University Boulevard to the West.

Belcaro is a fashionable neighborhood in central Denver near the Cherry Creek Shopping Center. It is characterized by expansive lots with predominantly ranch-style homes with a few two-story homes sprinkled about. There are also large custom homes priced at seven figures and more.

Bonnie Brae is bordered by Exposition Avenue to the North, Mississippi Avenue to the South, Steele Street to the East, and University Boulevard to the West.

Many of the homes in Bonnie Brae were constructed during the 1920’s and 1930’s utilizing innovative architectural compositions. Home styles in Bonnie Brae range from charming Cape Cods and tidy brick ranches to two-story Brick and Frame homes, English Tudors and some of the best examples of International Style and Art Moderne Architecture.

Winding streets surrounding an elliptical-shaped park make Bonnie Brae a serene residential oasis in the midst of the city.

The thriving commercial area between Exposition and Ohio streets still functions as the “Main Street” of one Denver’s most charming neighborhoods. The community’s quaint commercial district is within walking distance of most homes where residents can enjoy a wide variety of restaurants ranging from fine dining and coffee shops, to ice cream parlors and sports bars. Dolly Madison Dairy opened in the 1940’s (now the Bonnie Brae Ice Cream) and the Bellaire Restaurant (now the Campus Lounge) in 1961…and both remain in business today.

Observatory Park offers the charm of a college town, convenience of a central location, and the serenity of a traditional neighborhood where lovely historic homes and mature shade trees line picturesque streets and neighbors visit from front porches on summer evenings.

Steeped in Denver history, Observatory Park, a family oriented neighborhood with a dash of spice, offers a zesty blend of modern and traditional lifestyles and architecture.

Wash Park is bordered by Alameda Avenue to the North, I-25 to the South, University Boulevard to the East, and Downing Street to the West.

Classic bungalows, Denver Squares, and a colorful array of handsome Victorian-Era homes including Queen Anne’s can be found in Wash Park. In recent years, the neighborhood has experienced significant redevelopment in the form of replacing older homes with luxury homes, duplexes and town-homes. Yet the neighborhood continues to thrive and remains a very desirable place to live.

The crown jewel of the neighborhood is Washington Park (“Wash Park”). A haven for cyclists, walkers, and joggers, Wash Park also hosts soccer leagues, volleyball tournaments, and flag football on its lush playing fields. The home courts of the Washington Park Tennis club lie just south of Grasmere Lake and the recreation center, one of the busiest in the city, offers classes and programs for all ages.

Charming retail enclaves such as Bonnie Brae and Old South Gaylord, together with excellent access to Cherry Creek Mall and bustling area commercial centers, have made Wash Park one of the most coveted urban neighborhoods in Denver.